Sounds like an unlikely prospect, because of course, who throws away kegs of beer? No-one in their right mind would throw away beer, right? Actually, no. Like all food and drink, beer has a sell-by-date. That means that when the sell-by-date has expired, you can no longer legally sell the product in question. Thus, if beer has reached its sell-by-date, there is nothing that you can do except discard it. 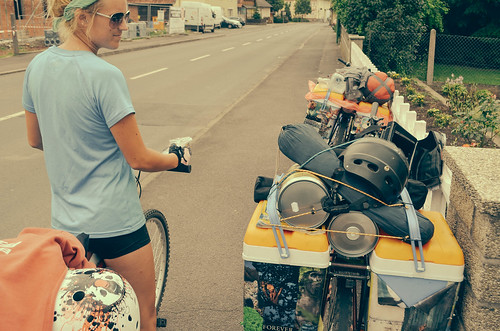 To our great pleasure, as we cycled through Germany last year, we stumbled upon three kegs of Becks in a bin. Each keg held 5 litres and suddenly we found ourselves cycling across a continent on very old bicycles with 15 kg of beer on board (plus the weight of the kegs). While this didn’t help when we had to climb cruel gravelly paths up mountains, it was a pleasant reward at the end of each day for a solid week – even if it was a bit warm. 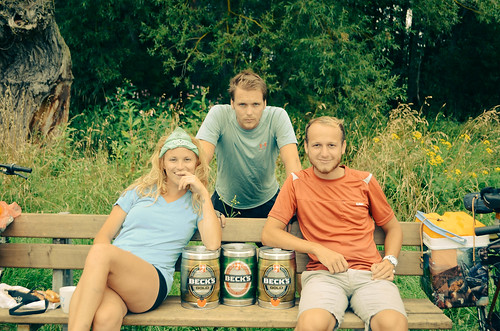 Throughout this whole journey, we chose to engage in the activity of skipping, otherwise known as freeganism, dumpster diving, and who knows what else. This activity involves going to the bins of a shop (mostly supermarkets as they offer high success rates) and looking inside their discard bins for produce. When I first heard of this activity, I thought, “No chance,” and shut it down. Later, I decided to give it a go and I was overwhelmed by the reality of the situation compared to what I had expected. This happens with hitchhiking, with believing in the impossible, with anything in life, so don’t knock something (or others) until you have tried it – give it a go and you might be surprised.

The reality of skipping, is that all food is sealed, it still has several days of use-by printed on the pack (meaning it is suitable for consumption by legal standards) and we are wasteful people due to legal requirements. If you are thinking of a dirty refuse bin, think again – the food bins used to discard out-of-date food are generally used for nothing else and are perfectly clean and emptied every day. I will talk more on skipping later, what I have found, and why you should do it, but this is a little taste of what you can find – beer!

However, when I posted about skipping before, someone replied with the well informed comment:

The idea seems romantic but in practice this sort of traveling would probably suck, I don’t think i would have much fun smelling and going hungry because i damn sure aint eating out of a f****** garbage bin.

I censored the language because it was unnecessary. We did smell – because we were cycling across a continent by bike – not because we went into bins. And we were never hungry because we found more than enough to feed three hungry, hungry people at all times. Even after full days of cycling, we couldn’t eat all we had and had to return some of it to the bins. There was SO MUCH GOOD FOOD in those bins. 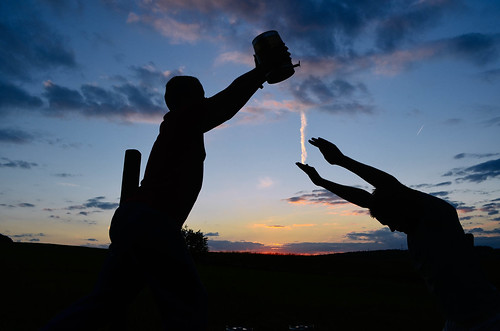 What I want to say, is keep trying new things and you never know what you might find. Why did we choose to go skipping during our bike journey? In order of importance, to reduce waste, to see if we could survive on what we could find, and to save money. We also foraged for a lot of food.

All in all, it was a wonderful experience and I am glad that we chose to do it. Daniel’s face when he found the three kegs was pure delight – to this day, I may never have seen him so happy!

So here is a question for you: would you drink from a keg of beer that had come from a bin? Would you eat food that came from a bin? I suspect that if I didn’t tell you, you wouldn’t even notice.