Is This The Perfect Bike Ride?

After attempting (and failing) to ride from Mokpo to Busan, I was fairly convinced that cycling in South Korea was entirely unpleasant. However, this was partly due to my lack of foresight and planning of a route that avoided major roads in a country where bicycles are not well respected. A week later, I got back on my bicycle and cycled 300 and something kilometres around Jeju where I had a lovely time. Before that though, my Korea to Japan cycling experience got significantly better…

Upon reaching Japan, I rested for a couple of days, in the small town of Genkai (pictured below), then had to ride seventy kilometres to the ferry port in Fukuoaka, where I would catch a boat back to South Korea. 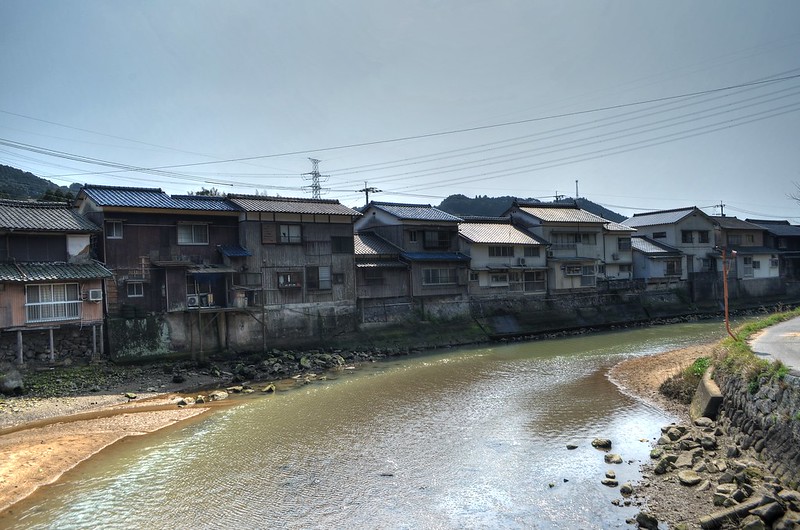 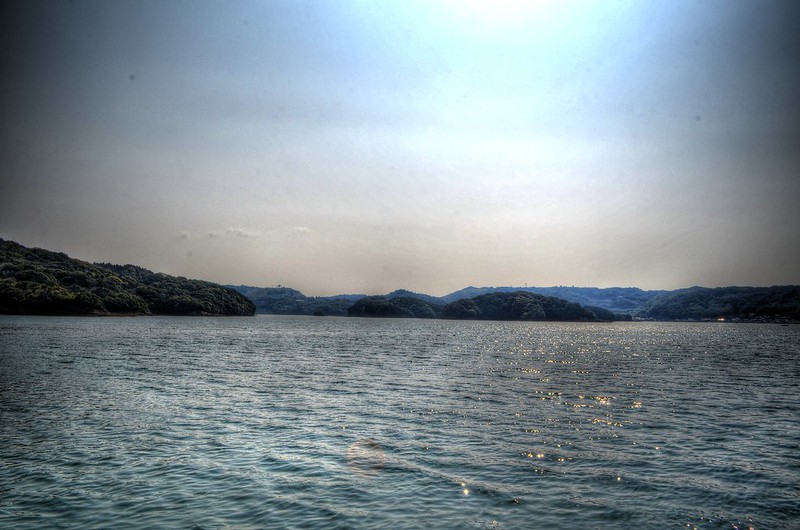 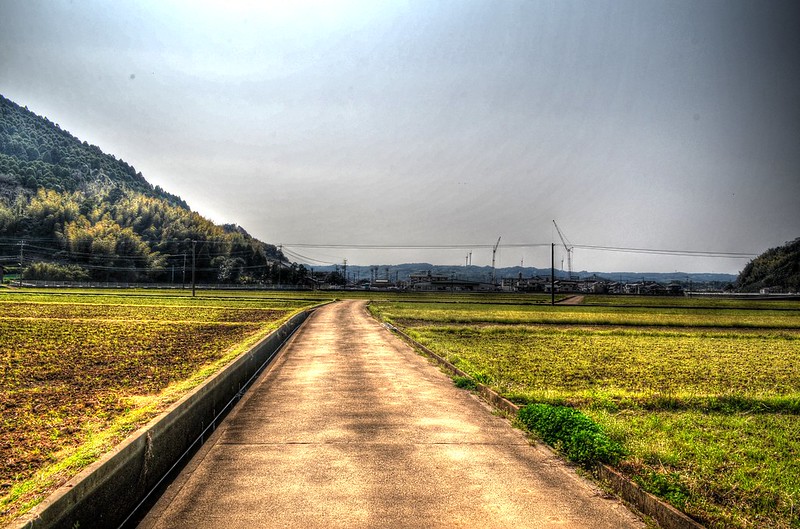 Initially, I was not at all looking forward to the ride and had to get to the boat by 10am, meaning I started before dawn. It was dark, it was cold, and I had to climb a hill for several kilometres. Within minutes, the hill had warmed me, the roads were quiet, and I was buzzing along happily. Then I reached the ocean as the sun was rising. 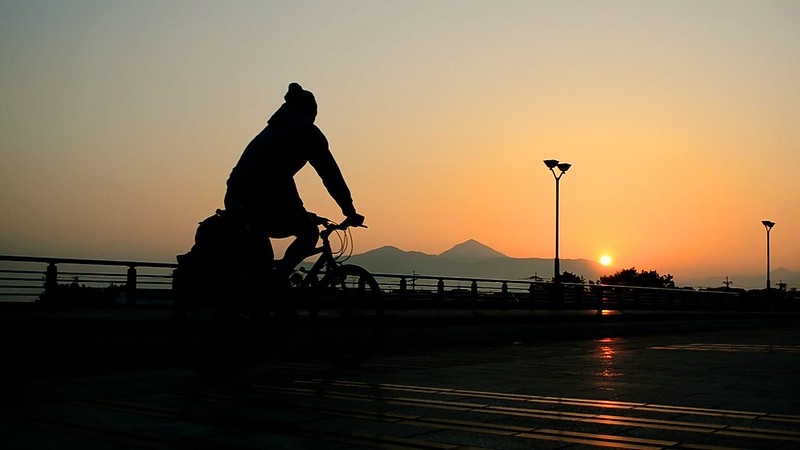 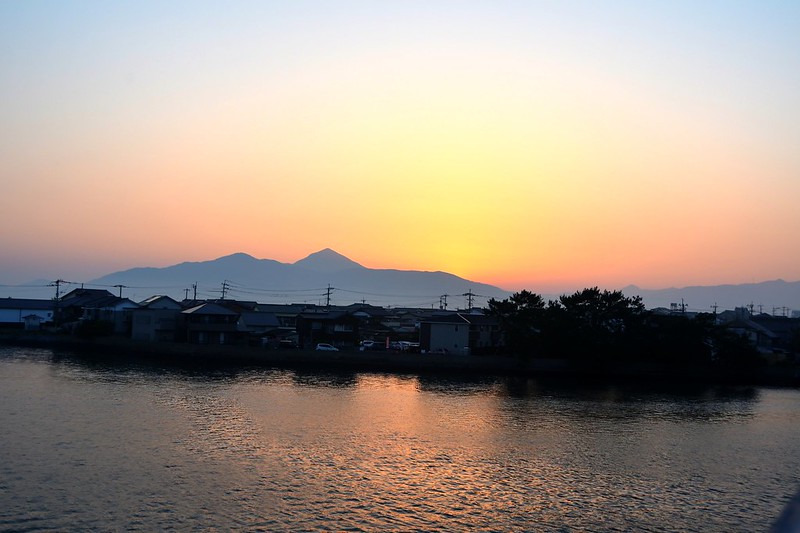 Along the ocean I cycled, watching the sun rise over the mountains and for the next few hours, I was on top of the world. Drivers were respectful, the road became flat and smooth for 50 km (Korea had been neither), and I couldn’t think of anywhere else I would rather have been at that time. I stopped for a leisurely breakfast, unaware of the time, and arrived at the ferry port with plenty of time to spare.

Only once did I get beeped at. It was when I ran a red light. I offended a man who came within five metres of my bicycle (this distance would have been a blessing on the earlier ride through Korea). Spying the next traffic lights were also red, I cycled as hard as I could to catch up with the car, then went straight through the red lights again, this time inciting three short beeps on the horn, an outrage by Japanese standards in my short experience.

There are few countries where people are so friendly to bicycles and I was amazed to find they even put ramps on staircases which I rode up. What made this ride even more pleasant, was that the cherry blossoms are blooming. They are ever so pretty. 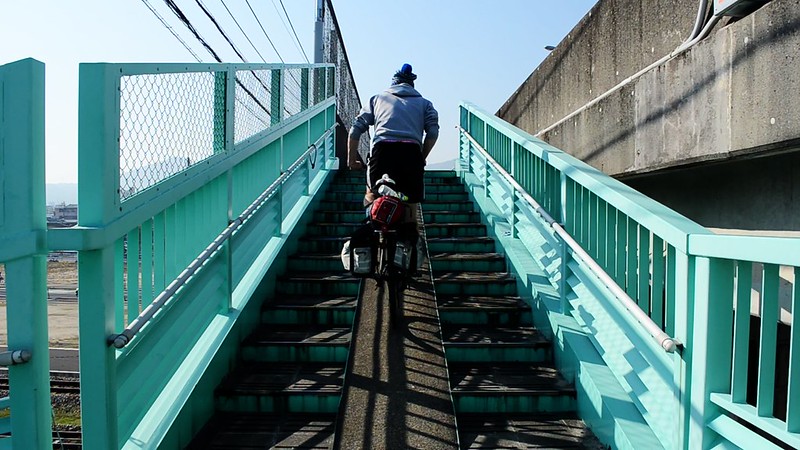 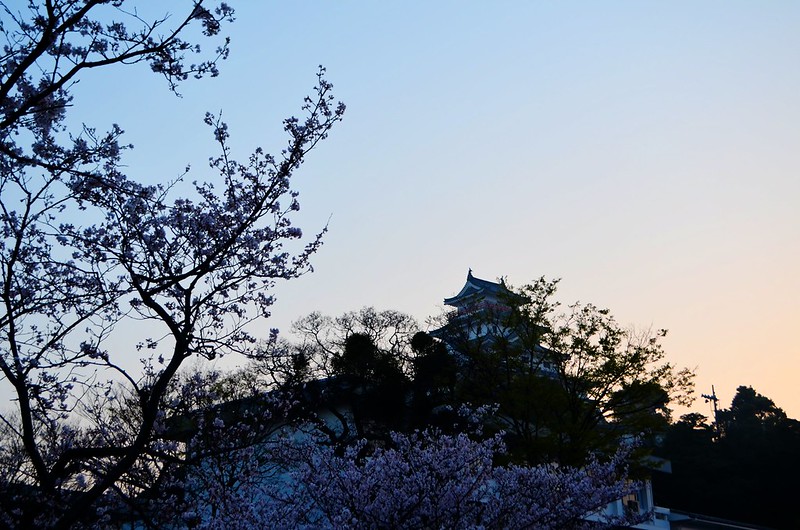 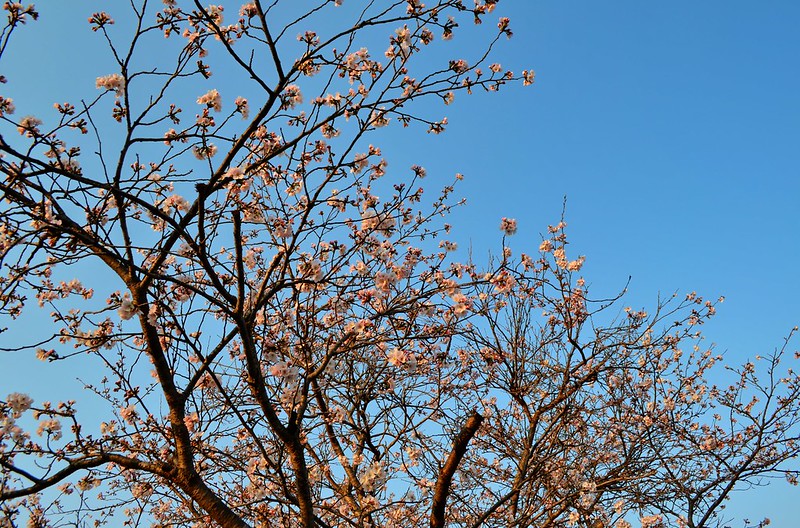 All in all, this was one of the most perfect rides I have ever had. No danger, easy riding, the sun rising, and fantastic views. It is amazing how much fun you can have by yourself if you just have a little drive and get out there. 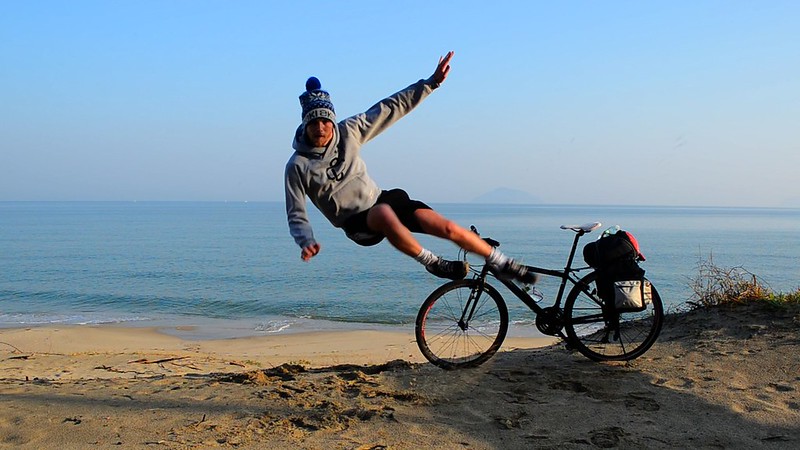 So what is it that makes the perfect bike ride? For me, it is safety and pretty sights because even hill climbing is rewarding when you get to go back down again. This journey was a little reminder that no matter how bad or good times are, they will not last. From this I infer that we must enjoy the good times and hold tight through the bad. Essentially, I wrote a whole book about this idea, so if you are ever worried about having to sleep outside, of times on the road being hard, of being scared, don’t. There will be difficult times, but they will get better. Now I suggest you read my book (The Boy Who Was Afraid of the World) to see exactly what I mean.

Below are the last two shots of my journey, taken back near my current home on Jeju. They show Hallasan, the tallest mountain in Korea, over which I cycled twice (20 km up, 20 km down). 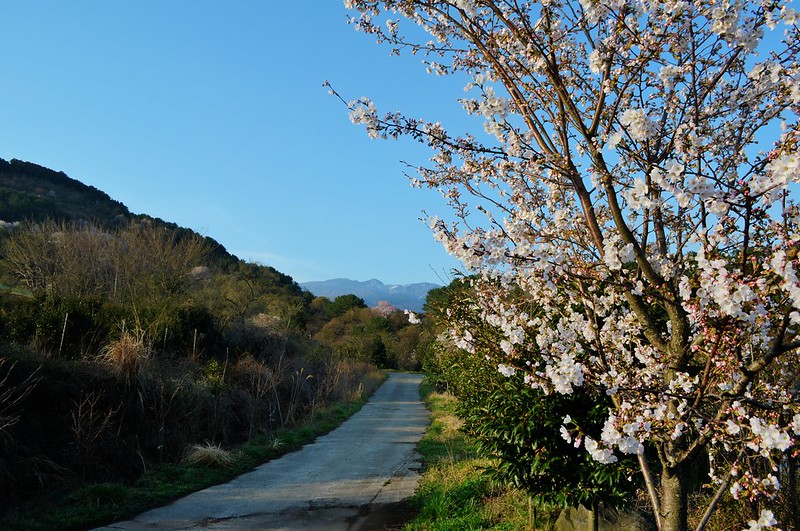 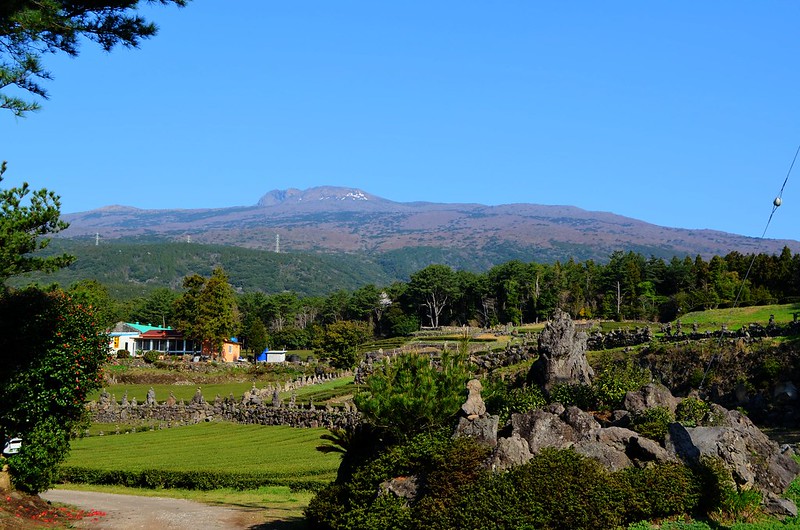