Why You Should Eat From Bins (Dumpsters)

Across the world, the skipping movement is gaining pace. To skip, means to salvage the discarded waste of others and make us of it: the term stretches from furniture to food and everything in-between. People have been doing this forever, but only since the widespread ease of using the internet have skipping communities been allowed to grow so easily and the act of recycling discarded waste now has many names, including freeganism, dumpster diving, urban foraging, and garbage picking, to name but a few.

While most people wouldn’t have a problem with taking a discarded piece of furniture that they find on the side of the street (particularly students), many people seem to have a problem with taking food out of a bin. But think of it like this: if you were at your friends house and they had too many yoghurts that were about to pass their expiry dates and they said, “Hey do you want these yoghurts? They are still in date, but I’m not going to be able to eat them all before they are out of date…” I am sure that you would probably take them without hesitation. Essentially when skipping for food, it is a similar procedure. The shop discards food because it cannot (legally) sell it due to reaching its sell-by-date. The reality of the situation is that most discarded food is discarded in its full packaging, and is still good for many days after the sell-by-date has passed: you will notice that the use-by-date is normally a day or two after the sell-by-date and even that is set at a wastefully early date. When you open a supermarket bin, you will normally find a clean bin with packaged food – I assure you that the dirty skips and dumpsters you are picturing are not what you will find.

Think of skipping as recycling. Because that is exactly what it is. Here are three good reasons why you should eat from bins.

We Waste Too Much

In years gone by, I have worked in multiple supermarkets and seen first-hand how very wasteful we are. Even in small supermarkets, I would throw away one or two bin liners of fruit or bread (depending which department I was working on) every single day. Mangos and papayas that had crossed an ocean to reach England were tossed away because their sell-by-date had passed. When I think of the carbon footprint associated with such a journey, simply to toss the fruit away, it blows my mind.

Figures vary, but it is estimated that around 40-50% of food that is produced globally is discarded without consumption. Just imagine if you could spread that 50% around the world and help to feed all of the hungry people… although you laugh at that because you know that we don’t (yet) have the infrastructure to distribute waste food to those who need it. Here is something you can imagine though: imagine that your shopping bill was 50% less because supermarkets no longer had to cover the cost of waste food. Imagine if we stopped wasting food and instead, had the extra $250 billion and 300 million barrels of oil that waste food accounts for EVERY YEAR. Or the water. 25% of freshwater usage is attributed to food wastage. That is one quarter – one quarter of our annual freshwater usage is waste. These numbers barely even make sense to me because they are so big, but imagine if we could stop being so wasteful and have these extra resources that we so desperately need.

You Can Save Money

Skipping is free. This means that you can eat for nothing and I know of people and communities who live in this way, paying nothing for food. It doesn’t matter whether you live a traditional, static life, or a life on the road, most people could benefit with saving some money. When I cycled across western Europe with two friends, the vast majority of the food we consumed was salvaged from bins (including 15 litres of beer that we found). We were never hungry and had some awesome meals without spending money, allowing us to extend our trip. In fact, without skipping, the trip would have never happened in the first place. When you learn to be so frugal, it extends to all aspects of life and you may soon find yourself able to travel without money.

We All Need to ‘Push Things Forward’

As a species, we are approaching population breaking point. We need to adapt new methods of living in order to ensure our survival and food recycling will soon be a big part of this. Thus as a species, it is a step in the right direction. Also, as an individual, it teaches you to push your personal boundaries and when you find delicious new ingredients that you have never thought of buying, you develop your culinary skills. All around, the versatility of food recycling pushes us forward as individuals and as humans.

Despite being hesitant to first try skipping, I am now a big advocate of the activity and feel all should take part in it. Here are a few of my finds that I took pictures of. 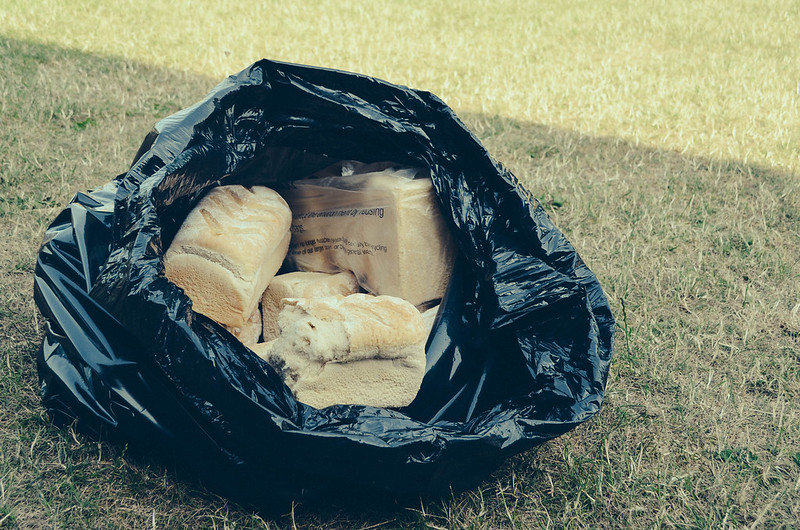 A bag of bread from a supermarket 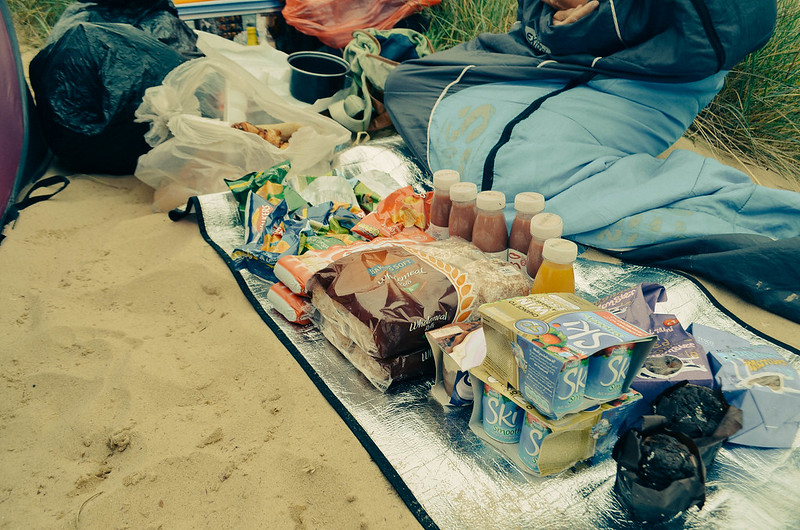 Dairy from a Polish bin